Tips for Removing Mildew from your Bathroom

Removing them is easier than you thought! Fortunately, mildew is also one of the easiest things to remove. Tackle them head on with these tried and tested cleaning tricks!

Mildew on tiles is generally manageable. Start by making a cleaning solution of 3 parts water and 1 part bleach. For an all-natural alternative, replace bleach with white vinegar, or tea tree oil diluted with water.

Put the solution in a little spray bottle, and let it rain all over the tiles that are affected by mildew. Leave it on for 15 to 30 minutes.

Wipe everything off with a sponge or scrub brush for stubborn areas. Use a toothbrush to really get into the corners. Rinse.

To get rid of the black stuff growing out of sealants around sinks and showers, sprinkle baking soda into 1 cup of white vinegar. Stir until it forms a thick paste, then use a damp rug to rub the paste into the mould on the sealant.

Allow the paste to remain on the sealant for 5 minutes, giving the vinegar time to soften the mould. After that, scrub the paste with a rag or stiff-bristle brush. Rinse with hot water to kill any lingering mould spores.

Shower curtains are also prone to mildew growth too, but that does not mean that you have to throw them away when they do. Clean them in your washing machine with two bath towels (to prevent the plastic curtains from crinkling), add ½ cup of baking soda to your detergent during the wash cycle, and ½ cup of vinegar during the rinse cycle. Let it drip-dry.

While it is impossible to eliminate mildew and mould growth in bathrooms, we can minimise it by keeping our toilet as dry and ventilated as possible. Simple things like opening the windows after a shower, running a fan in the bathroom and letting in lots of natural light will help to minimise the recurrence of mildew.

Most importantly, always clean your bathroom regularly! The build up of dirt and grime will feed the mould, and allow it to grow quickly.

If you have mildew in your bathrooms, give our tips a try. Let us know if they have been useful! For more home hacks, follow Facebook page for regular updates. A Guide to Maintaining Your HDB Flat 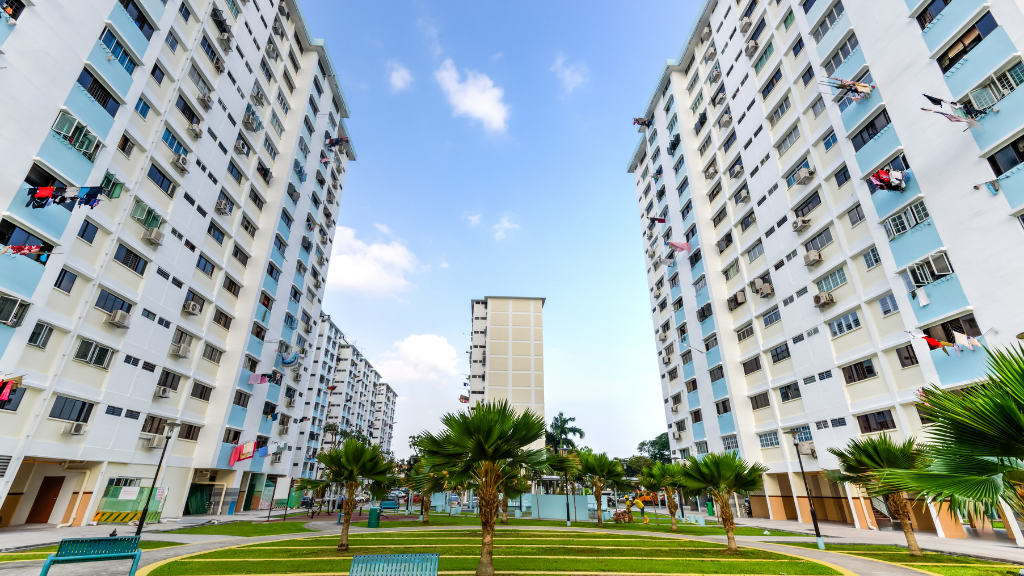 A Guide to the Home Improvement Programme (HIP) for HDB Flats A Guide to Bonsai Care