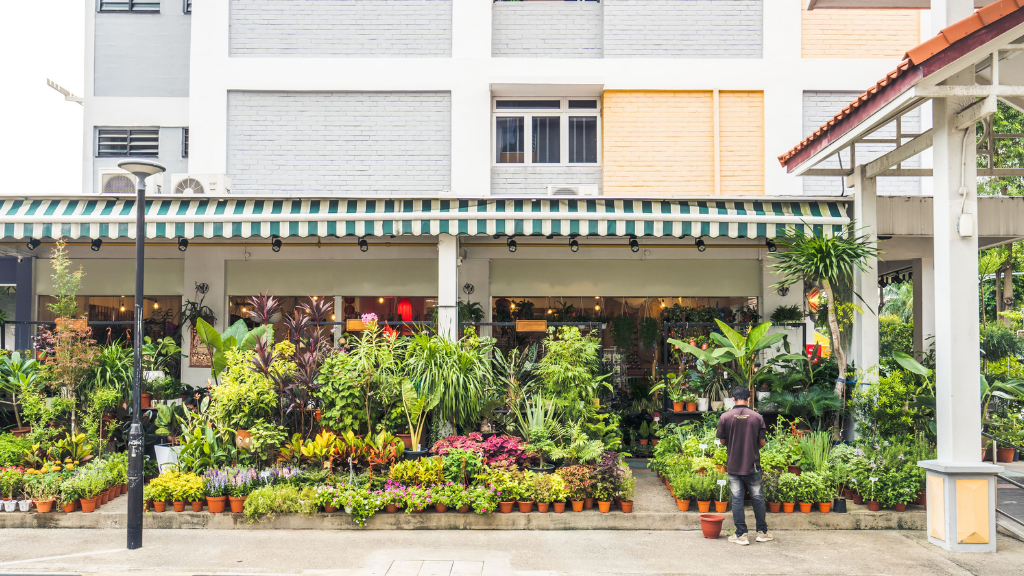 One of the best things about living in a mature estate is the buzz in its various neighbourhoods. Compared to newer estates, they have more shophouses, hawker centres and coffeeshops in small nodes which aren’t spread too far away.

I am not talking about the HDB town centres with their air-conditioned malls, bus interchanges and MRT stations. These places are always packed to the gills. I mean the little groups of shops clustered together in various precincts. I like wandering in non-air con heat or rain, entering the mini-mart, Value shop and the Good Price shop just to browse their wares. There used to be more provision shops as well as joss-sticks shops, but they are dying out.

In recent years, the major players are massage parlours, hairdressing/ barbers and nail salons. Neighbourhoods are crowded with them, manned by mainly Malaysians, Chinese and Vietnamese. Barbers, usually Malays and Indians, have upgraded to offer the full works; shaving, shading and fading, and selling a whole lot of hair gel.

In my neighbourhood, I count at least 20 nail parlours and hair salons. I gather that there aren’t any restrictions on the sort of trade or service in HDB shops so long as it is within a very long ‘allowable list’. I don’t know how these beauty shops survive, but the money must be good. I am not complaining because even though the presence of many of the same types of services tend to make a neighbourhood boring, competition is good for consumers.

An express manicure costs $9. It’s $18 if you prefer gel nail polish which has to be expertly cleaned off. I patronise a shop manned by Vietnamese women who speak their own language to each other even as they snip, file and buff.

I can’t understand a word but I find it a soothing background compared to places where the hair stylists hold Hokkien or Mandarin conversations among themselves about so-and-so and their domestic travails. Somehow, I could never bring myself to tell them to dial down the noise. What’s worse is when other patrons engage in the conversation as well. The nail parlour and hair salon is just teeming with gossip, especially among elderly women who still “perm’’ or “set’’ their hair.

As for the parlours which offer massages and other bodily therapies, I count at least another 20, including an ayurvedic salon in my neighbourhood. Every time one goes, another takes its place like an optimistic Jack-in-a-box. A few are brand names with prices stuck out front, but there are also the small operators who prefer to service behind dark tinted exteriors. I used to wonder at the crowd of slippers outside the door thinking waah…so many customers. Then I realised that most belonged to the staff, mainly winsome young Chinese women with dyed hair and loud voices.

I once walked into a foot reflexology shop, after making clear to the tall Chinese man that I wanted reflexology, that is, kneading pressure points – and not just a massage. What I got was, well, a massage, although for $18 an hour I shouldn’t complain. I have since stuck to a husband-and-wife team who only open for business in the afternoons. They made all the right moves…but it’s $30 an hour.

About two years ago, the bubble tea shops started moving in. There used to be just two shops or two half units, manned by long-time residents, which served bubble tea of the non-franchise kind. Now I count five including i-Tea and Each-a-Cup. One of the old players gave up the ghost as the patronage split up. The other still attracts students in the area because it also serves up some “bites’’.

The bubble tea players have realised one thing – not many in the heartland would pay the kind of prices they charge in malls. I have seen gula melaka bubble tea priced at $4 retailing for $3 later. I have seen 1-for-1 promotions as the shops keep tabs on each other’s custom. It doesn’t always work. One which gives away free ice-cream with a bubble tea drink looks like it’s on its last legs.

It is in the shophouses that the change in F&B offerings has gone “atas’’. Several ice cream and gelato parlours have come and gone, leaving just one stayer which operates a humble half shop and does mainly takeaway ice-cream. A restaurant selling buttermilk waffles with Italian ice-cream also popped up. But at $6 per waffle, it simply couldn’t compete against the tiny takeaway stalls which sell peanut butter waffles for $1.20.

Another “atas’’ aspirant used to boast that it sells 63°C Sous Vide soft-boiled eggs with its kaya toast. It costs $5.20 – without coffee. Did it really think it can compete with the eggs-toast-kopi set available in the hawker centre available for much less? The cafe would have gone belly up if it hadn’t quickly expanded its menu.

Of course, NTUC FairPrice is a fixture in the neighbourhood, with its tightly-packed supermarket making social distancing in the narrow aisles impossible. A similarly crowded Sheng Siong is across the road, just outside the market periphery. Housewives take great pleasure comparing prices and variety of goods. My mother swears by Sheng Siong although it is a much further walk away from our flat.

For a long time, those who preferred a semi-supermarket ambience (rather than the wet market) had to turn to them. But two minimarts have since opened up at two corners of the marketplace. Add the 7-Eleven shop and there’s no such thing as darkness descending on the neighbourhood. All operate 24/7.

I think back to the days when I was marooned in my walk-up apartment. I could never lug bags of rice or groceries from the Cold Storage in Great World City to my home in Jervois Road. The advantage though is that the big, higher class outlets have a better delicatessen and, ahem, types of cheeses. You can’t get ham and bacon in the heartland unless it’s pre-packed and vacuum-sealed. Not that I eat ham and bacon everyday though.

And while I might enjoy moving around the pop-up stalls in an air-conditioned mall, they can’t beat the itinerant hawkers who pop up in the mornings to flog $5 blouses, cheap undergarments, knock-off copies of branded bags, flashy watches and an assortment of cosmetics and kitchen equipment. Shop owners in my neighbourhood have a ready stream of hawkers who rent their outside space. It’s a bit of money for them, provided they pay the town council $10 per square foot.

I used to get my Lego-like blocks (made in China under different names) from one such itinerant salesman who came to my neighbourhood every alternate Sunday. He’s stopped. I don’t know why. I get my usual three packets of walnuts, cashew nuts and dried raisins for $10 on Saturdays from another salesman. The woman who sells blouses and dresses lets me have them for a week to “try on’’. I can pay her the next week, or return them. How is that for service?

They add to the buzz, creating a din to get customers interested in their wares. You can hear the salesman spout the wonders of his juicer in English, Mandarin, Malay and a bunch of dialects.

When I hear them, I tell myself: This is HDB living. 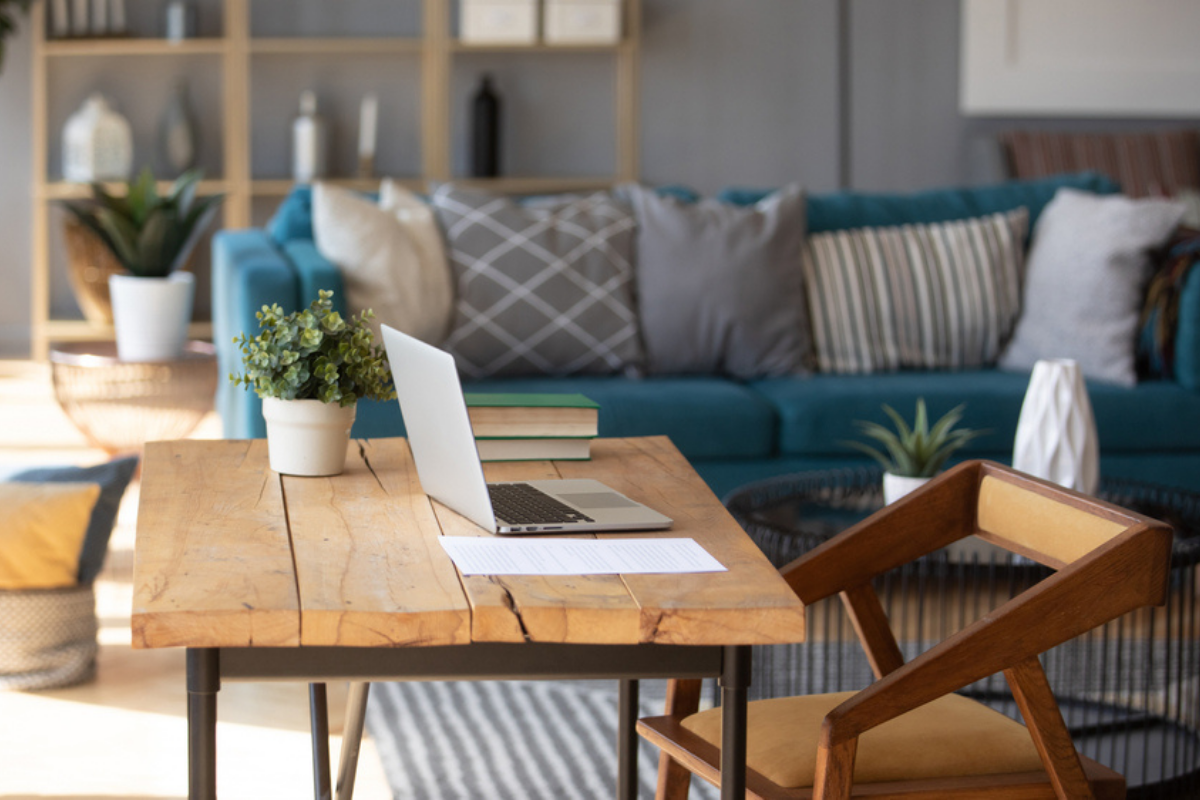 5 Tips for Caring for Your Wood Furniture #HOTH: Making A Difference With The Social Space